inibuilds – thank you for sitting down with us for an interview. First things first, maybe tell us all you’re willing to share about yourself – who is involved in your team, where are you from and what of your background (work/hobbies/…) contributes to inibuilds? When did you start?

iniBuilds was started in October of 2018 as a small flight simulation content hub to offer freeware profiles and liveries. We have since grown our team immensely over the past two years to include extremely skilled individuals from all over the world including the Middle East, Europe, Canada, Mexico and the United States. Many of our team members come from different backgrounds including finance, pilots, software developers, etc.

Liveries, Dynamic Lighting and GSX Profiles: You’ve been helpful to a lot of flightsim enthusiasts all around the world: How much work did you put in to all the freeware you’re providing and how did it all start? Is it a collection of community contributions or all you originals?

Our team has put thousands of hours of work into expanding our freeware content library. We initially started off with a few GSX profiles and modifications, which then grew to custom dynamic lighting profiles and liveries. Almost all of the content that is available in our library has been created by our in-house team, however, we have worked with a few individuals to showcase their fantastic work in our liveries and GSX profile sections.

Did payware creators of the sceneries you sort of fixed/enhanced ever contact you to use your work? Was there any negative feedback?

We have had the honour of working with many scenery developers including Aerosoft, FSimStudios, PhotoSimLabs, SceneryTR and Jennasoft to provide our excellent commercial services (GSX profiles, dynamic lighting, and SODE VDGS) for use in their fantastic sceneries. We haven’t had any negative feedback from scenery developers thankfully. Our main goal has always been to help improve their already incredible sceneries.

You made a lot of (positive) headlines with the creation of the A300! Who is involved in the project?

The A300 was created by our iniSimulations team which includes extremely talented individuals in software development, modelling, texturing, sounds development and testing. We also have real-world A300 pilots on the team who helped us throughout the development process.

Can you elaborate a little bit more about the people involved?

Unfortunately, I can’t go into specifics of the exact people involved, however, we have a team of talented individuals with unique skill sets in their fields. We also work with numerous people from the aviation industry including pilots, ground handlers, etc.

You’ve been famous for P3D-Addons. Why was you first payware add-on for X-Plane 11?

X-Plane offered numerous benefits throughout the development process which allowed our team to work in a more efficient, timely manner and bring a solid product that meets our high-quality standards.

What are these benefits which make the development more efficient?

X-Plane, as a platform, along with third parties offered us numerous advantages in developing a product which would either meet or exceed the expectations of the seasoned simmer. Most notably, SASL by 1-sim, which is the backbone to the A300’s systems code and keeping it secure. In all, this allowed our team to work in a more efficient and timely manner without compromising on the overall quality and performance of the end product we’ve brought to market today.

What are the differences from a creator’s point of view btw. X-Plane and P3D?

In terms of aircraft systems development, developing for Prepar3D and X-Plane are quite different. Both simulators run on different code structures that require different skill sets.

Can you tell our readers more details about these differences?

In terms of aircraft systems development, developing for Prepar3D and X-Plane are quite different. Both simulators run on different code structures that require different skill sets. As mentioned in the last question, a great reason why we were able to get such a high-fidelity simulation out on X-Plane was thanks to SASL and how it allowed us to cut down on the time spent coding the aircraft whilst not compromising on detail, quality or performance.

To enter into a bit more detail above the surface, SASL uses a high-level coding language called LUA which allows us to get our systems and schematics into code in less time than C++, which is traditionally used in ESP simulators. This is a huge efficiency boost to the development process in X-Plane.

How much time did you invest in the A300 project?

From start to finish, the A300 project took around 10 months to complete, however modelling work had initially started in 2017 before iniBuilds was involved in the development.

Where did the modelling work start? Who was involved there? Are they or him/her already known to X-Planers/simmers by other projects?

Modelling work began in 2017, by a user named Roger39 who shortly announced it publicly on the X-Plane.org forum. In late 2019, we took liability for this model as well as Roger39 joining the team to accelerate his ambition of continuing and eventually releasing the A300.

The A300 provides a thorough simulation and recreation of A300 SOPs. Are there any plans to include a failure system to simulate abnormals?

I cannot comment on this at the moment, however, keep an eye out for our future announcements.

Other addon programmers told us in interviews that programming of an aircraft-addon is a lot of reverse engineering, based on research from public material. How was your approach to the A300?

We are lucky to have access to numerous contacts in the industry and through the use of technical consultants rated on the A300, engineering data and manuals, along with a talented team, we were able to create one of the market-leading addons in flight simulation. With an agile, quick thinking and responsive team, we will continue to enhance the A300 based on feedback and data from our customers. Development and customer engagement are a key metric for us.

The A310 will build upon our already extensive A300 systems, taking in feedback from the community along with improvements in the 3D visuals, with a new wing, cockpit windows, nose and more. Exterior textures will also see a complete overhaul. Furthermore, the A310 will bring enhanced wing flex and utilize the experimental flight model in X-Plane.

Since August over one million people have been flying in Microsoft Flight Simulator. You announced a category “Super” aircraft. What are the challenges in developing an A380?

At the moment our team has only explored bringing our 3D model into Microsoft Flight Simulator.

How many persons are working on the A380 at the moment?

Numerous individuals from the iniSimulations team are working on the A380.

Are you planning on a A380 version for X-Plane?

Coming back to P3D: Are there any plans of creating addons for the Lockheed platform?

At this time, we do not have plans to bring any aircraft to Prepar3D.

You are also providing a Virtual Airline Tool for several community simulation real world airline operations. What does someone get from inibuilds when he or she wants to start a virtual airline?

Our iniVA service offers a complete livery management system for virtual airlines. We paint, host and manage the virtual airline’s fleet on one easy to use hub page. Furthermore, virtual airlines that replicate real-world operations can subscribe to our fleet management service where our team will analyze the real-life fleet on a monthly basis and make changes such as different coloured engine cowlings, noses, logo changes, decals, etc.

The pandemic is I challenging us every day – nevertheless the flight simulation community Is growing. How did Covid-19 affect inibuilds? And what’s your take on the current situation?

Like many others, the pandemic has affected us all personally in some form, however, we are extremely lucky and grateful that due to our nature of work, our team has the ability to work completely at home. We are also happy to see the flight simulation community continue to grow as many use it as a way to take a break from the real world.

Sam, thank you very much! 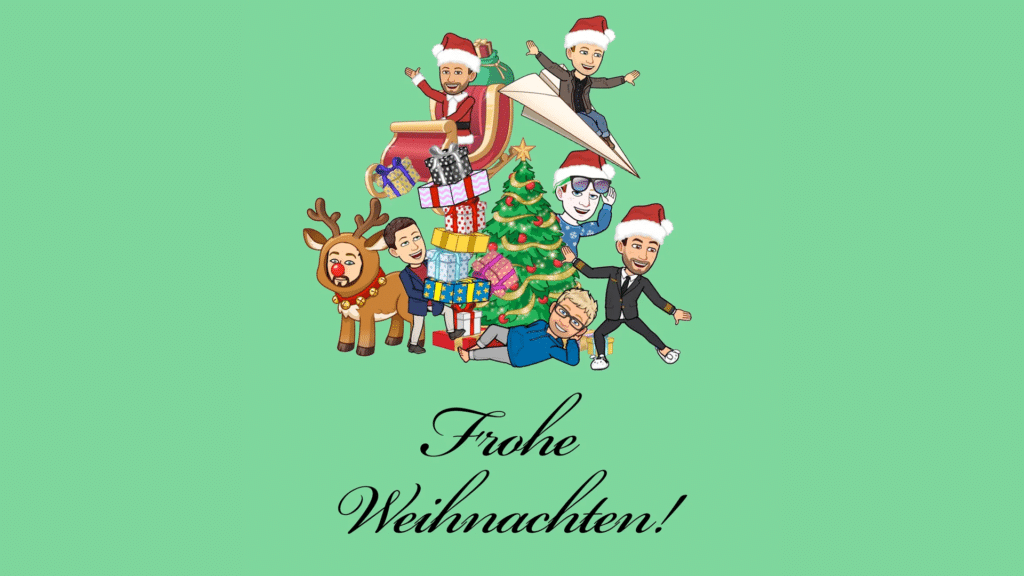