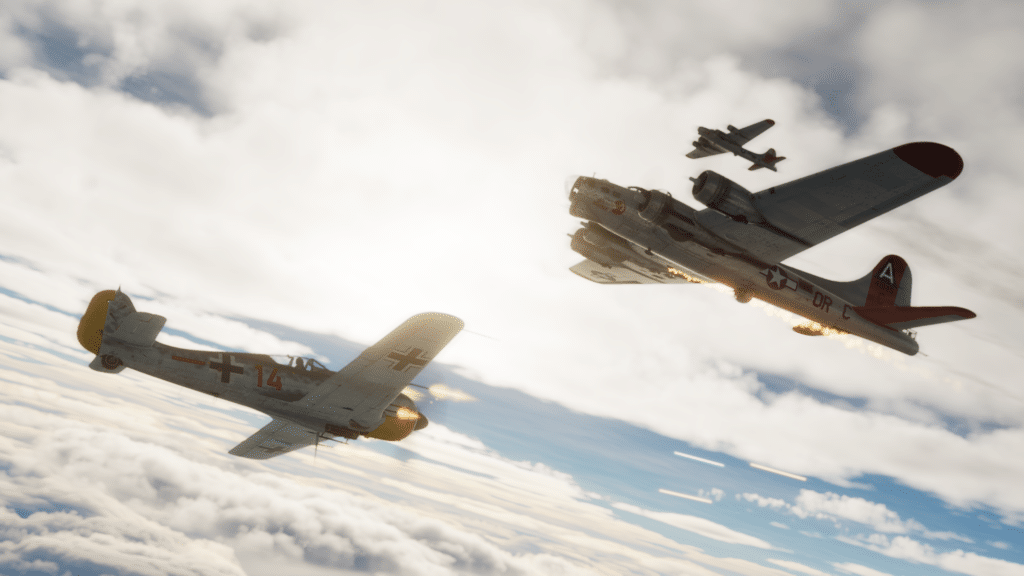 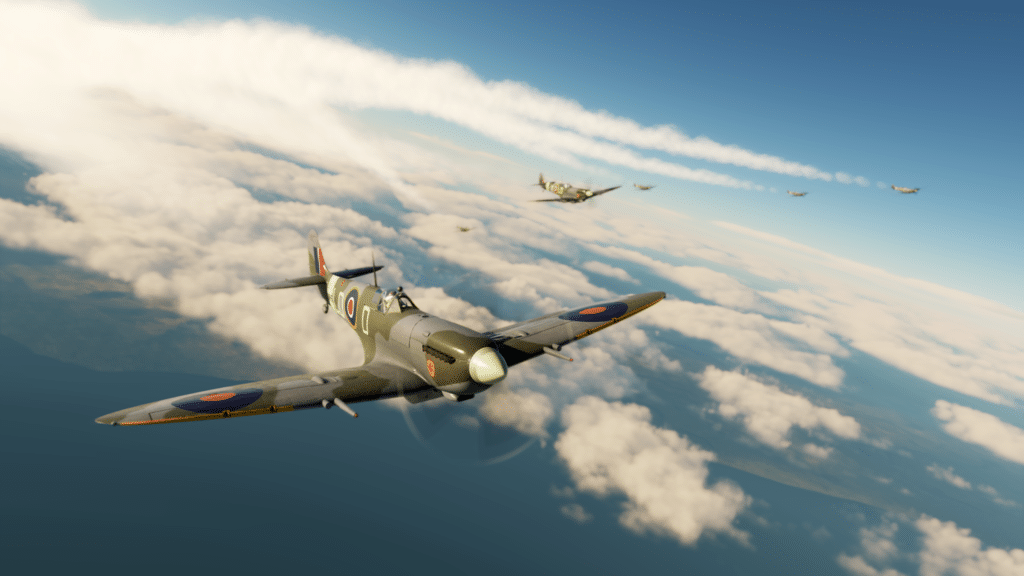 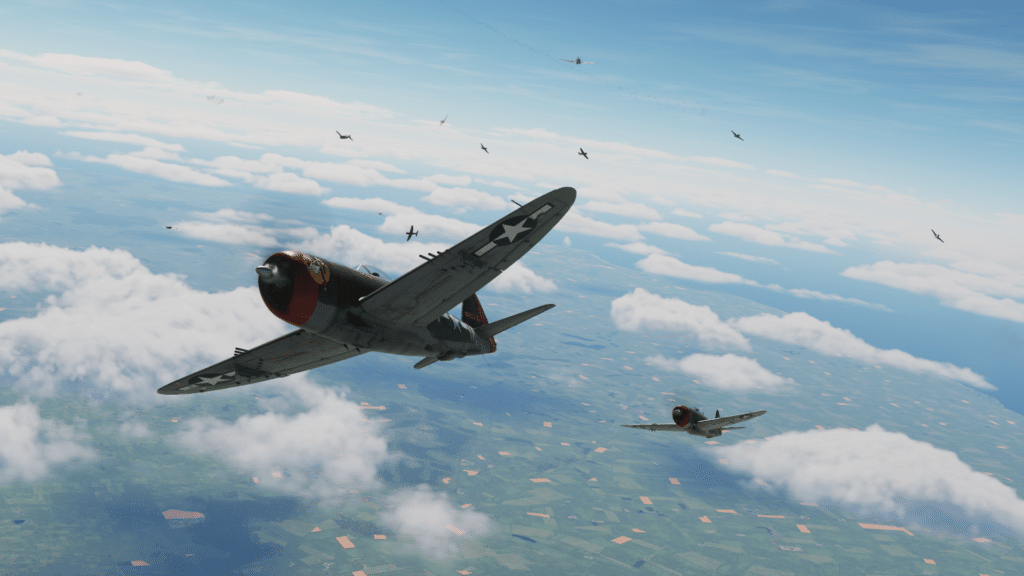 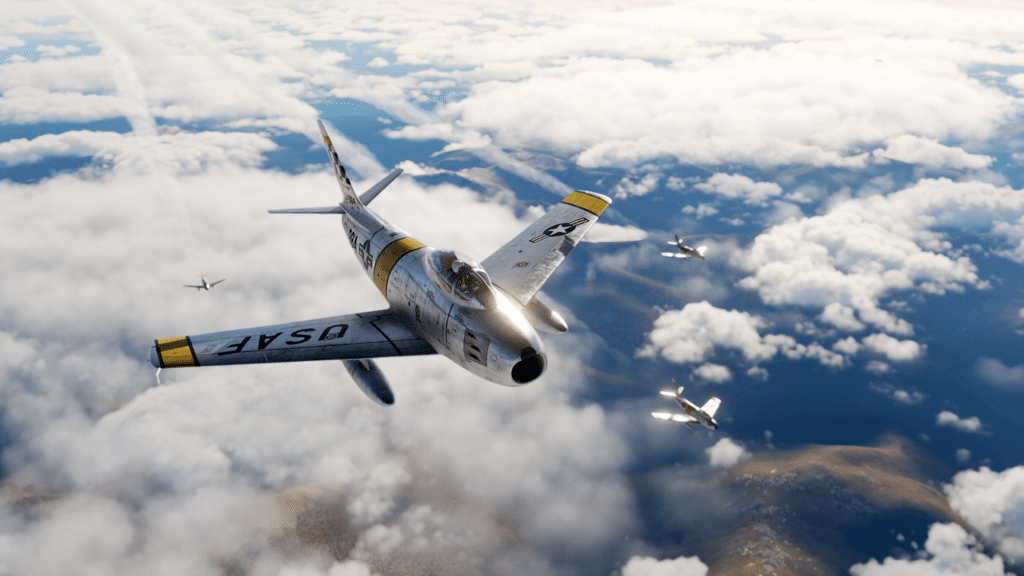 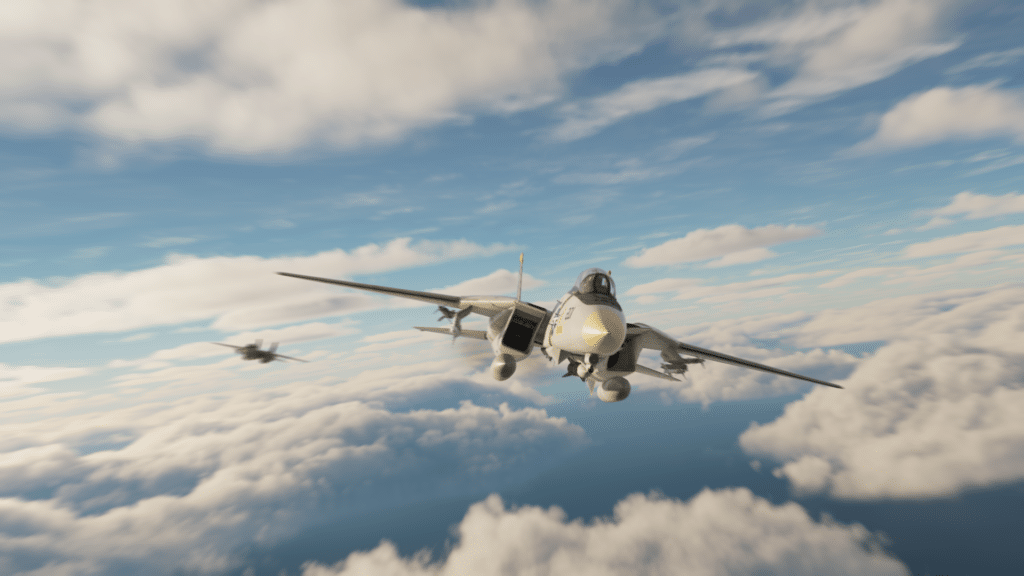 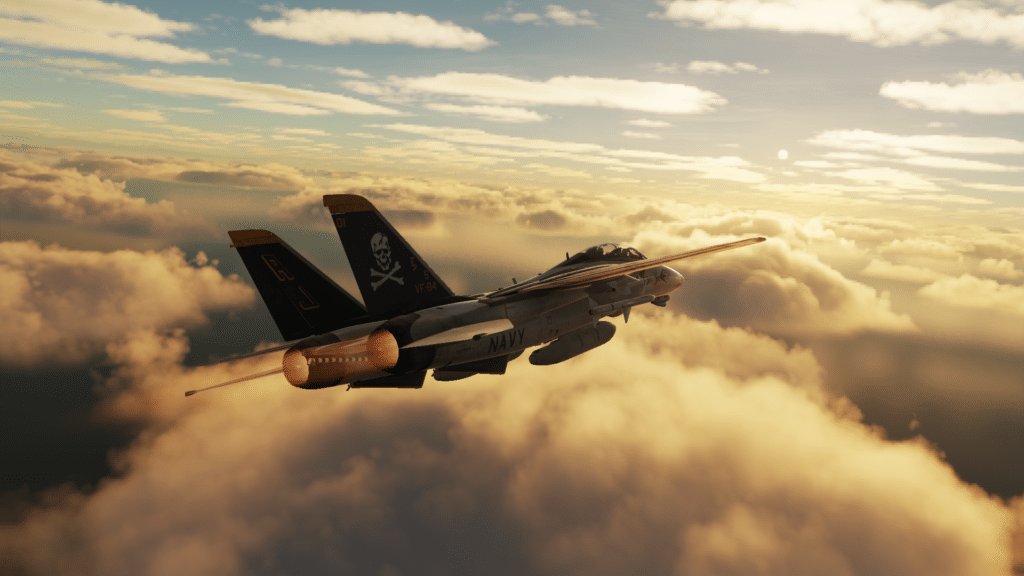 cruiselevel.de (CL): Who is „Reflected Simulations“ and what brought you into flight sims and DCS?

Reflected Simulations (RS): I’m just a one man show. I’ve been playing sims since „Aces Over Europe“. If we can call it a sim. I’m 37, from Hungary, but I’ve been living abroad a lot lately. Ever since I was a kid I’ve been fascinated with flying, especially WW2 air battles. I could not become a professional pilot due to color deficiency (ssh, don’t tell this to those who are using my skins haha) – so sims were the only way for me to ‘get my fill’. Later I started my glider pilot training, I got the ‘silver badge’, and the motorglider extension, but I sill enjoy sims. I ended up playing DCS because no other sim goes in such details in terms of realism. Flight models are also by far the most believable out there. It’s just the best platform for a passionate virtual aviator.

CL: How did you become a campaign creator? What was you main goal or inspiration to tell these stories and to do this stuff?

RS: I’ve always been interested in making missions, but just for myself. Owning a DCS module and flying it over an empty map is too sterile, so I wanted to make the most out of them and created scenarios for my own entertainment. Then I got Bunyap’s Epsom Spitfire campaign and I was amazed how much work was put into it, and how far one can go using the mission editor. It really inspired me and I also got a lot of help from him. So I just started working on my first campaign, it got released because ED liked it, then it turned out that people liked it too so I kept going. Since then I learned a lot and all my old campaigns have been updated and reworked several times.

CL: You have done campaigns for almost every DCS-Warbird. Does this have special reason or is there a special connection between you and the WW2 era?

RS: Yes, as I said above, WW2 warbirds are my favorite. I remember watching documentaries on VHS tape about the raid on Schweinfurt as a kid at my Grandpa’s, or borrowing his copy of Galland’s ‘The first and the last’. I like all aircraft, WW1 to modern jets, but WW2 is on the top of the list. Followed closely by the Tomcat.

CL: How do you create campaigns and what ist the main workload, is everything done in the DCS Mission Editor?

RS: It’s a long process that starts by planning. Do you want a historical campaign? Do tons of research. Do you want a fictional one? Think real hard about a good story. Once you figured out what needs to happen, you build the missions in the editor. I love the DCS mission editor, the possibilities are endless, and it’s really user friendly if you get to know it. When the ‘skeletons’ of the missions are ready, you recruit voice actors (the community is super helpful with these, I can’t thank them enough for all the help), prepare skins, briefing images, kneeboard pages, documentation, process the voices with accurate effects, then set them up in game. Then you test the heck out of the missions, and then test some more. That’s probably the hardest part, especially when AI logic or something like that changes with a DCS update – which it always does.

CL: Are there “Do´s” and “Don´ts” in Mission / Campaign designing and what is the difference between a good and a bad campaign?

RS: This is a difficult question…a good scripted campaign should always offer a deeper, more immersive experience than any dynamic one. This is why I’m not ‘afraid’ of the upcoming dynamic campaign engine. Apples and oranges. It’s all the little things added together, the feeling of ‘being there’ however that’s achieved. This is very vague and elusive, and I can’t define it, but I think this should be the No.1 priority of any campaign maker. Anyone can set up a quick 4v4 engagement, but it would feel ‘dry’. A good campaign should offer an exclusive experience that players can’t get from anywhere else. I also like to think about campaigns as the most challenging and complex scenarios players can find themselves in. Sure you can take off with a P-47 when starting on the runway, you can start the engine somehow, and shoot down an enemy when he’s in front of you. But can you start it up properly so it won’t break on you an hour later? Can you take off safely, navigate well, stay in formation for hours, spot the enemy, defeat or evade, stay alive, not get hit by flak, and find your way back, then land? This combination is way more challenging than each part put together.

The most challenging part for the mission maker is to make it ‘fail safe’. Of course as the maker I know what I’m supposed to do, where I need to go, and then the mission works. But what if the player misses something? Then again, a scripted campaign cannot be infinitely forgiving either. A mission has hundreds of triggers, you can’t add hundreds more just because what if the player flies east instead of west, you see? But you shouldn’t force him to fly over an exact point at an exact time either. The more you can ‘predict’ what he’s gonna do, the more of those little things you can script into it to increase immersion. This is why it’s the opposite of a dynamic campaign where the player can go anywhere they want – you can’t add voice overs, easter eggs or surprise twists in the story because you have nothing to work with. Anyhow, it’s a fine line and not easy to balance. To predict as much as you can without tying the player’s hands too much.

CL:What are you plans for future campaigns? Can you tell us something about the next Tomcat campaign and are there any plans for a campaign for the upcoming Mosquito Module?

RS: I spent a year in lockdown, doing nothing but building DCS missions, so now you’re seeing lots of releases. My next one is also a Tomcat campaign, called ‘Fear the Bones!’. It will be the opposite of ‘Zone 5’. That was created in cooperation with one of my heroes, a real world Topgun instructor, and it’s as realistic and professional as DCS permits.

Fear The Bones on the other hand is supposed to make the player feel like the main character of a cheesy 1980s action movie. I love those, and love the 80s. So it will have lots of clichés, and pop-culture references as well as a very exciting storyline and lots of surprises. Of course, in many ways it will be quite realistic in terms of procedures, radio channels, briefings, kneeboards etc…but in other ways it will be completely Hollywood. I’m happy with the balance, but I understand it’s not for everyone. There are lots of hardcore flyers who take things very seriously, and I can already hear them complain, haha. That’s why I’m being very transparent with my message about this campaign. If you like 80s movies, like Tomcats, and you can take it easy and go with the story, you’ll love it.

I’m also looking forward to the Mossie. I’m working on a campaign for it, called ‘V for Victory’. I already prepared the missions using the Spitfire, I can’t wait to replace it with the Mosquito. It will be a semi-historical campaign, a ‘bouquet’ of historical missions that were never flown by one single squadron. Mossies were so versatile, and flew so many thrilling missions that would belong to a James Bond movie rather than a history book. For the sake of the campaign, all these historical missions will be flown one after the other by the player. You’ll go on night intruder missions, use the oboe system to bomb your target, fly the famous Jericho mission, the raid on the Gestapo HQ, get in touch with OSS agents in France, or bomb the radio station where Goering is making a speech – just to give you a few examples.

Additionally, I had the honor of being asked by Magnitude to make the quick / single / training missions for their upcoming Corsair – one of my favorite aircraft. When the module is out, I’m also going to work on a campaign, I’m in the research phase of that one. Probably I’m not going to go for the Pacific as most people would expect. I recently read a great book called ‘Devotion’. They’re turning it into a movie too. That should give you a hint about the campaign as well

CL: What would be your biggest wish for a DCS-Module or feature for the future?

RS: If there is one single module that could make me happy, it would be a flyable B-17. I used to fly the accu-sim B-17 quite a lot in FSX, I can only dream about doing this in the wonderful DCS environment, with real weapons. I also have a soft spot for the Pacific, I’d love some carriers, Hellcats, Zeros, Avengers, etc… but if it ever happens, it’s not anytime soon I guess.

CL:Thank you very much for the interview. 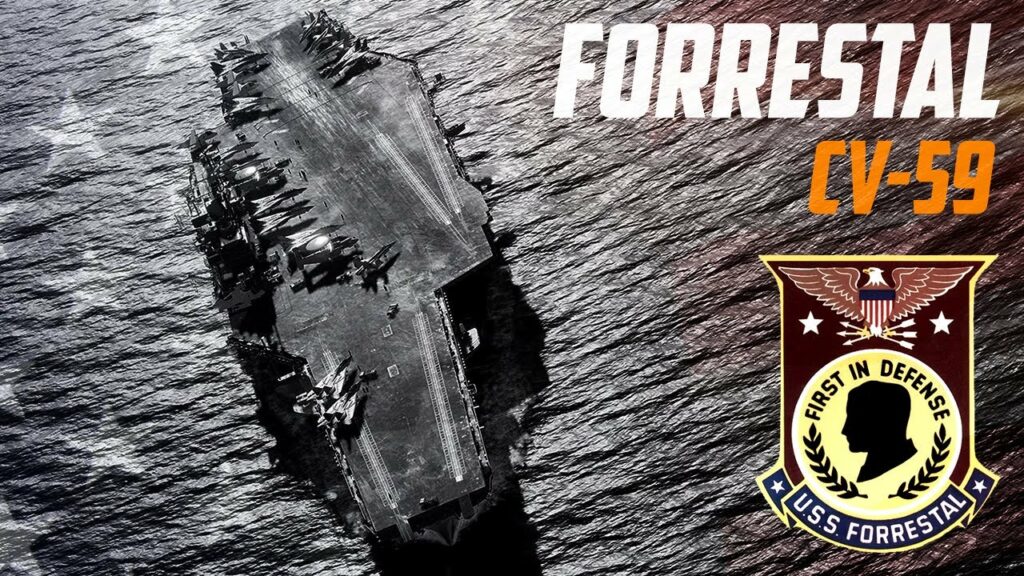 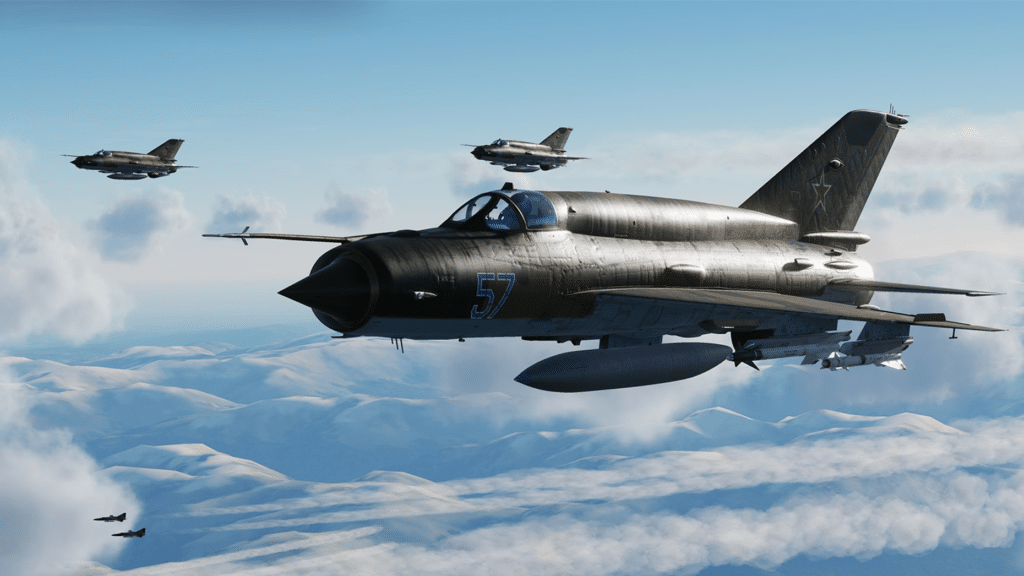 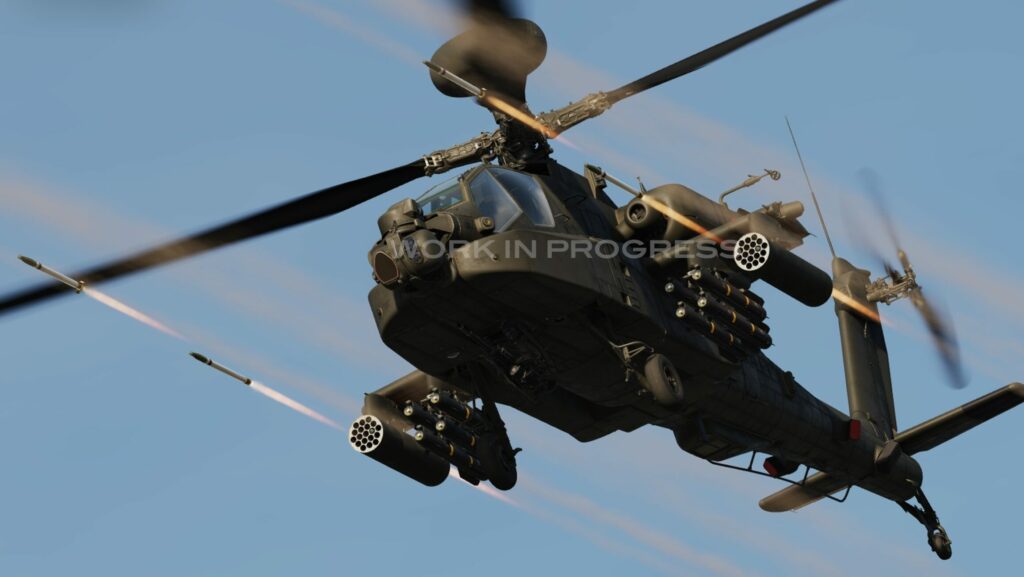